We Can’t Populate Our Way to Inclusion: Relationships are the Building Blocks of Inclusive Culture 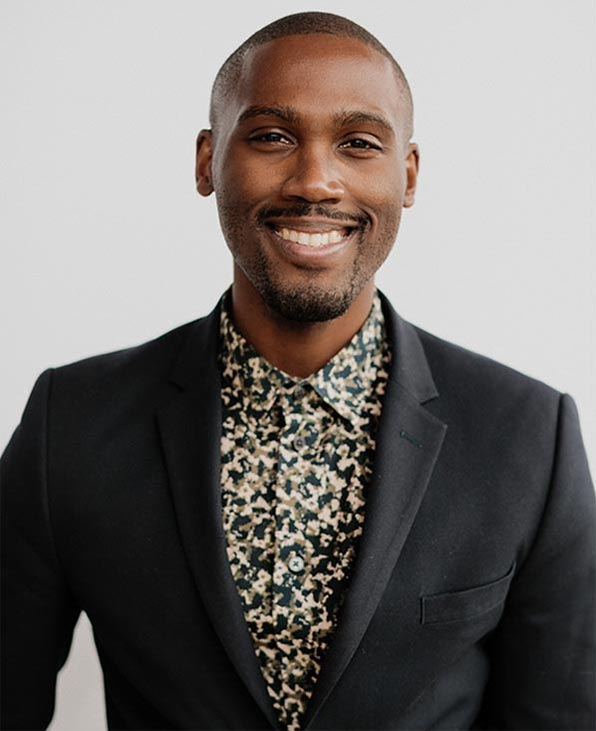 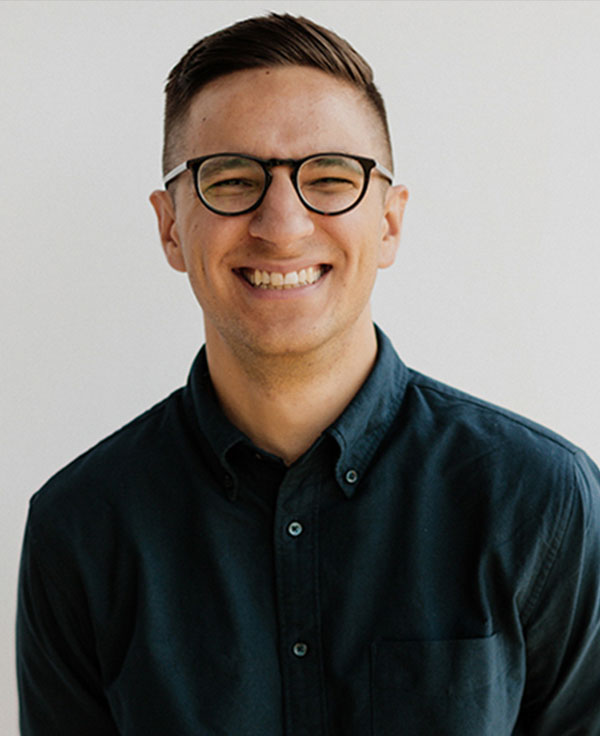 Clearly, painting “Black Lives Matter” in the street doesn’t undo a legacy of racist policies. Most of us have a sense that releasing public statements supporting the Black Lives Matter movement won’t automatically eliminate the need to interrogate exclusionary organizational practices. But here’s where we find many organizational leaders get stuck: Will hiring more Black people address the impact of white dominant norms embedded in organizational cultures and infused in interpersonal relationships?

While taking steps like these may be good starting points to communicate beliefs around DEI, organizations can’t paint, post, or populate their way to actual inclusion. In fact, while these moves do convey a belief in the value of inclusivity, the moves are usually insufficient because implementing them often reveals a disconnect between organizational beliefs and behaviors. At the root of that disconnect is a familiar culprit: adherence to white dominant norms; when allegiance to the values of efficiency, individualism, and perfectionism are continually rewarded within organizations, we’re conditioned to believe that organizations want you to make a difference but don’t want you to be different. As organizations seek to bridge this disconnect, they have to shift behaviors — the institutional norms that are propped up by us and, therefore, must be dismantled by us. We all have a role to play in fostering inclusion, even as those roles – and their relative power – differ across race, gender, position, tenure, etc.

At Promise54, we believe that inclusive cultures are built on inclusive relationships across lines of difference. Below, we, Cornelius and Andrew (two members of the Promise54 team), share how we’ve encountered white dominant cultural norms in our work and managed to navigate them in our relationship.

CONTEXT: Cornelius Lee and Andrew Greenia have worked together for the past three years, having begun working together at another organization before they each transitioned to Promise54 in the Fall of 2018. Cornelius is an Associate Partner at Promise54 and identifies as a Black, cis-gendered gay man from Louisana and Texas with Southern Baptist roots. Andrew is a Consultant at Promise54 and identifies as a white, straight man from a working-class, multi-racial family in and around Detroit. Cornelius has managed Andrew on several projects, including Promise54’s DEI Accelerator.

As a people leader, I strive to create conditions for team members to show up authentically as themselves and to make direct connections to how their identities influence interpersonal interactions across lines of difference. But it took some trial and error to get there. I started my leadership journey seven years ago when I became a founding 9th grade team leader at a charter school in Chicago. I thought effective leadership was being a strong planner, executor, and strategic thinker who drives a team towards high-quality results. Consequently, I became really good at reinforcing metrics over relationships, data and research over lived experiences, and efficiency over autonomy. I was the product of the systems in which I was acculturated. For most of my academic life, I attended predominantly white institutions. In the early part of my career, I worked in predominantly white settings. I was socialized to believe that if I aligned my mindsets and behaviors to those that the dominant culture valued, then I could succeed. In fact, I was rewarded with accolades, praise, and promotions that reinforced an assimilationist mentality. Subconsciously, I carried that into my leadership. I struggled to create conditions for radical humanity for my team because I didn’t have first hand experience with bringing my whole self to work and feeling valued as opposed to being viewed as a detractor from organizational culture. I never discussed how being a Black gay man affected the way I led because none of my managers ever expressed that level of vulnerability about their own identities. I didn’t create space for risk taking, making mistakes, or going against the status quo because I didn’t feel the psychological safety to do so.

Though they certainly benefit from and wield it differently than people of color, white people aren’t the only ones capable of perpetuating white supremacy culture. People of color can also be culprits of reinforcing harmful norms in the name of adhering to standards that we didn’t create but are held accountable for upholding. This is oftentimes a survival tactic versus the optional behavior demonstrated by our white peers. As I rose up the ranks of leadership and began to possess more power and influence, I took it upon myself to start challenging WDC norms. I had waited too long for organizations I worked for to change before I came to the realization that change starts at the individual level. Given parts of my identity, I knew going against the grain would have its challenges, and the cost of not doing so outweighed the consequences. Leaders with marginalized identities are constantly faced with the difficult trade-off of leading authentically and risking their social capital as a result.

I met Andrew during a time when I began fiercely embracing my authentic self as a leader, and he quickly became one of the people surrounding me who supported this transformation. Throughout our years of working together, Andrew has had a tremendous impact on my evolution as a leader. There are a few key tenets that contribute to the inclusive environment that serves as the foundation for our working relationship:

I’ve been fortunate to work on racially diverse teams led by Black people for most of my career, but these relationships do not exempt me from examining the ways my internalized supremacy shows up in my leadership. In fact, they’ve only underscored the importance of engaging in the non-linear, ongoing work of racial identity development and striving to weave solidarity, accountability, and co-conspiring into the fabric of these relationships.

From the onset of our relationship, Cornelius and I have navigated several, intersecting power dynamics, particularly around race and positional power. Through our relationship, I’ve been invited to not only engage in the interpersonal work of addressing power dynamics and owning my contributions to conflict, but also the intrapersonal work of interrogating my investments in existing power structures and investigating my relationship to conflict. As a project manager, Cornelius has intentionally invited feedback around positional power dynamics, and as a result, he’s modeled ways for me to invite feedback around whiteness and racial dynamics. Still, even as the risks we take carry different implications across our varying identities, Cornelius and I strive to attend to this disproportionality in our approach by co-laboring in our work. To be clear, we don’t always get it right, but our relationship enables us to trust that we’re headed in the right direction.

Building a collaborative, inclusive relationship has led us to put several key behaviors into practice, including:

Over time, relationships across lines of difference have opened my aperture to identify and unlearn behaviors that uphold a status quo of racial hierarchy, such as: how my individualism has led me to attempt to maintain my self-image as a “good white person” by not interrupting racial abuse, only to then acknowledge the incident afterwards to my Black colleagues; how my paternalism has led me to believe that I hold the keys to drive grassroots organizing campaigns in Black communities; or how my fear of open conflict has led me to avoid providing constructive feedback to my Black colleagues. Although naming these behaviors implicates me in colluding with white supremacy, doing so has actually enabled me to deepen relational trust and challenged me to lead with more humility, compassion, and vulnerability. I am who I am today only because of the labor and love of People of Color in my life, like Cornelius, and recognize that I must also be responsible for my own growth, especially as a white person engaging in racial justice work. I’ve learned that building inclusive relationships requires both. Cornelius and I are fostering a relationship in which giving up power doesn’t need to result in a threat to our statuses as leaders, and I’m grateful to call Cornelius not only a manager and colleague, but also a friend, brother, and mentor. As our relationship continues to evolve, we know that the marker of our relationship as “inclusive” is neither static nor self-ascribed; rather, the inclusion woven through our relationship is only as true as each of us experience it to be.

Andrew is: a white cisgender Polish American man based in Oakland, CA who comes from a blended, multi-racial family in and around Detroit, MI; the youngest of three wonderfully unique brothers; an aspiring barber; a devoted hip-hop head; and a plant-loving pacifist.  Andrew’s professional experience is grounded in community organizing, conflict transformation, civic education, intergroup dialogue, and leadership coaching, including roles as Community Organizer at Metropolitan Organizing Strategy Enabling Strength (MOSES); Program Coordinator at Jesuit Volunteer Corps; Instructor at University of Maryland; Program Manager at Education Pioneers; and Conflict Transformation Practitioner at SEEDS Community Resolution Center.  Andrew holds a BA in Sociology from Loyola University Chicago and an MEd in Human Development & Psychology from Harvard University.

Cornelius is: an advocate for those who reside on the margins of society without their consent; a proud Black gay man; a partner to a wonderful man who has taught him myriad lessons in empathy and kindness; an oenophile; a conscientious objector; a work in progress; and a leader and learner of concepts related to diversity, equity, and inclusion. Cornelius’ decade+ career includes roles as a classroom teacher, founding school team member, K-12 school leader, and as the Associate Director of Leadership Development at Education Pioneers, where he led the organization’s national programming and operations team. In addition to his role as Associate Partner at Promise54, he is an Adjunct Professor at Dominican University’s Graduate School of Education, and he serves on the City of Chicago’s Mayoral Advisory Council on LGTBTQ+ issues. In his spare time, he enjoys a good glass of vino and exploring the intersection of wine and equity. Cornelius holds a BA in Journalism from Western Kentucky University, a MAT from Dominican University, and a M.Ed. from Harvard.