From Saviorism to Co-Conspiring 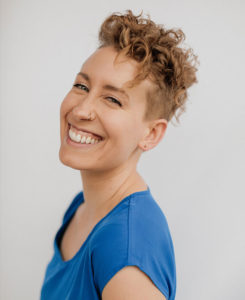 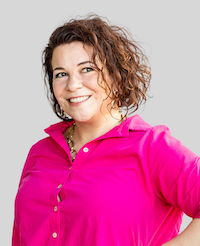 In our six-part blog series, we are exploring cross-cutting themes that surfaced in our DEI in Action case studies, themes that we see again and again in our work with organizations across the country. As we delve into the challenges and successes of the DEI efforts at Blue Engine, College Track and TNTP, we first extend deep gratitude to the many leaders and staff members who were courageously candid with us. Because they were willing to vulnerably pull back the curtain, we all have an opportunity to recognize patterns and build more inclusive, radically human workplaces.

In this month’s blog, we take a closer look at a theme that surfaced in the cases of Blue Engine and TNTP: the role(s) of white folks in racial equity work. This blog is written by white folks, and intended for white folks.

As days shorten and grow colder, I often find myself decluttering my home and slowing down to reflect. Last week, elbow deep in a drawer, I found an old scrapbook of photos from 2008. As I turned the pages, I saw something more clearly than I had before: I saw picture after picture of my white self surrounded entirely by the students of color I was teaching in New Orleans. I was often standing in the middle–literally centering my own whiteness.

I remembered my problematic narrative: coded (racist) language about how impoverished New Orleans East was, how prevalent violence was, how much impact I could have, and how much my students needed me. This narrative was well received by other white folks and was often parroted back to me by white family and friends. White mentors advised me to highlight my impact on “those poor kids” in admissions essays, and I did. Sitting in my den, I saw my own white saviorism staring back at me.

The term ‘white saviorism’ refers to an idea in which a white person, or white culture, rescues people of color. Just as I acted from a place of white saviorism, I have noticed that well-intended white folks are likely — even expected — to fall into the paternalistic trap of believing we are “helping” (at best) or “saving” (at worst) people of color. The belief (even subconscious) that white people are racially superior can lead to apathy in the face of inequities for folks of color, and it can even enable and excuse dehumanization and violence. Racism is a toxic system that poisons all of us in different ways and, until white folks can understand the impact of current and historical racism on people of color as well as on ourselves, we will continue to default to saviorism.

Saviorism can manifest as misguided ‘benevolence’ toward people of color. Dr. Joy DeGruy — renowned educator, consultant, and researcher whose work focuses on the intersection of racism, trauma, and violence in the United States — helps us to understand the origins of this dynamic: “[People in the United States] have hundreds of years of being traumatized [and also] hundreds of years of being a traumatizer. Human beings learn how to survive in spite of the trauma. My sense is you [white people] have a pathology associated with how [white] people were able to deal with unearned privilege… the self had to legitimize what was going on [through] dehumanizing [Black] people: It’s their fault… they, in some way, brought this upon themselves…they are inherently inferior. This then makes [white people] ‘benevolent’ because [they’re] simply trying to ‘help.’” Examples of ‘benevolence’ are often seen in the nonprofit sector. Overrepresentation of white folks in organizations is an insidious — albeit often unconsciously constructed — example of white saviorism. In organizations that are primarily (or exclusively) white but “serve” primarily folks of color, the implicit message is: we know best. 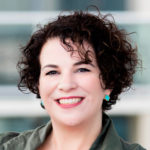 I’ve spent a good chunk of my career as a white leader in organizations that are primarily “serving” folks of color. Whether in front of a classroom or at the head of a large team, I stood up as the person who was best positioned to make the right decisions with little regard for the lack of lived experiences I shared with families and the communities impacted by my good intentions. I’m a white woman who was raised in an upper middle class home. I substituted my credentials (ivy league degree followed by quick promotions in those same organizations) for shared experiences and I justified my leadership as based on my intellect, my work ethic, and my ability to persuade. In other words: I knew what was best. Today, I understand that you cannot act with integrity for racial justice if you are motivated (even subconsciously) by saviorism.

In our work at Promise54, we hear a call for white people to move from “bystanding” to “allyship” to “co-conspiring.”

We act as bystanders to inequity when fear of saying or doing the ‘wrong’ thing makes us hesitate rather than take action. While there may be perceived or real risk in acting or speaking out, it is our job to manage our own anxieties and sit in the discomfort in both the big and small moments that are an inevitable part of social change. And, while being a bystander is insufficient and passive, so too is allyship. Allyship is the process of building relationships based on trust, consistency, and accountability with marginalized individuals and/or groups of people that is, in turn, recognized by those with whom you are seeking to ally. As Feminista Jones — social worker, feminist writer, public speaker and community activist — puts it: “I am not interested in white allies. What we need is co-conspirators. What I need is for people to come and work with us in the trenches and be there alongside us. It’s not about being on the outside and saying, ‘Yes, I support you!’ It’s about ‘not only do I support you, but I am here with you, I am rolling up my sleeves. What do I need to do?’” Co-conspirators for racial justice acknowledge that they are the architects and beneficiaries of white supremacy and, in turn, feel duty-bound to dismantle it.

When we spoke to individuals at Blue Engine and TNTP, we heard powerful stories of white leaders interrogating their own whiteness with the goal of moving closer to co-conspiring within their organizations:

“There’s a certain level of safe distance that I was afforded by having what I thought to be a very good academic sense of … institutional racism [and] white supremacy…One of the blindspots is [the belief that] that somehow that inoculates leadership from the lived experiences of people who work there.”—Nick Ehrmann, Blue Engine

“…People have approached it with lots of humility and openness, and have been willing to have some uncomfortable conversations and find a different way to interact…. We all continue to feel responsible for the work.” —Dan Weisberg, TNTP

“I’m aware of my blind spots as a person who identifies as white, and feel very lucky and grateful to be working with a leadership team who is diverse by race (although not by gender). I see my role as constantly trying to keep this at the forefront of choices — so that we don’t miss blind spots.” —Anne Eidelman, Blue Engine

As these leaders have modeled, we must learn more fully about ourselves, our whiteness, and our racial legacy, and resist the impulse to lean on people of color to “teach us.” One essential tool for this learning is creating space for white folks to come together to discuss race. While there is no singular “white experience,” identifying, exploring, and understanding common obstacles for white people in racial justice can help us shift away from saviorism. Such spaces can serve as needed venues for the self-forgiveness and healing that are necessary to move beyond guilt, shame, and defensiveness. Lama Rod Owens — author, activist, and formally authorized Buddhist teacher — elaborates: “It seems like if we are really interested in ending white supremacy, white people should focus more on loving themselves instead of trying to love me. The violence emerges from the ways self shame and apathy are bypassed in attempts to use love toward me as an argument, trying to convince me that you are not ‘that kind of white person.’ As long as you cannot face yourself and love even those ugly parts, you are indeed that kind of white person and I will be left with the work of trying to love what you cannot bear to witness.”

The beginning of a new year can be a great opportunity to slow down and reflect on our own impact on the world around us; we encourage you to use these case studies to consider our role in racial justice as white people. What am I doing that is additive? What am I doing that is not productive, or even harmful? In partnership with other white people, let’s commit to taking a loving but honest look at ourselves in order to move beyond white saviorism. Let’s bear witness to our own imperfections so that we can accept them and, in so doing, improve our ability to take collective action and act as co-conspirators in 2020.

Lora is: an ever-evolving mom and partner living in Cleveland, Ohio, who still connects to her New York roots and believes in speaking up for justice, equity for kids, and laughter, chocolate and wine for when all else fails. Lora’s 20-plus years of talent and education experience include roles as Principal in Bellwether Education Partners’ talent advising practice, Chief Talent Officer for Cleveland Metropolitan School District where she built a strategic talent team, Senior Vice President for Teach For America, where she lead the human assets team, Managing Director on Teach For America’s national recruitment team, Associate Director for the Public Service Center for Cornell University and fourth grade teacher. Lora holds a BS in Labor Relations from Cornell University and a MPA from The Maxwell School of Citizenship.

Dawn is: a white, gay, cisgender woman, frugal feminist and llama whisperer from a rural town in Oregon who is on a lifelong journey of unlearning racism. A proud daughter of a first generation college grad, Dawn is also a traveler and a vulnerability practitioner. She’s spent the past twelve years in education and mental health including teaching high school science and debate in New Orleans with Teach For America, providing mental health services for foster youth in the Bay Area, and leading talent and technical initiatives for Aspire Public Schools. Dawn served as a fellow with the National Equity Project and founded Aspire's first White and LGBTQ Affinity groups. She holds a BS from Willamette University. As a certified community conflict mediator, Dawn embraces a deep belief in curiosity as the antidote to judgment.